The Relationship Between Seasonal Affective Disorder (SAD) and Eating Disorders

When you struggle with an eating disorder, your emotions play a large role in your relationship with food.

Conversely, your relationship with food has a significant impact on your emotions as well.

This unique dynamic can have a ripple effect, impacting other areas of your life that have nothing to do with food or eating.

For example, Seasonal Affective Disorder (SAD) is often linked to eating disorders. This is a somewhat newly identified condition commonly known as the winter blues.

Rather than one causing the other, it’s more that they suspiciously co-occur in a profound way.

Especially when the cold season sets in and the days become shorter.

With winter on the way, it’s vital to safeguard your health by understanding the relationship between eating disorders and SAD.

They Both Impact the Same Group

Making up a large chunk of the people pool impacted by both SAD and eating disorders are women in their early twenties.

In fact, research has shown that eating disorders such as bulimia tend to get worse for many women at the onset of fall. Worsening in the colder winter months, the seasonal impact doesn’t let up until the warm weather returns.

For some, it makes sense to deal with eating disorders in the summer as it coincides with the notorious body image battles during “bikini season.” Yet, the research doesn’t point in that direction.

No one is quite certain why both SAD and eating disorders target the same group of people at the same time. However, this evidence points to these two conditions playing off of one another. In a rather unfair way, no doubt.

Consider the Role of Depression

As you may know, those struggling with either SAD or an eating disorder typically fight depression as well.

Unsurprisingly, symptoms of all three conditions lap over onto one another. Furthermore, nearly half the people struggling with an eating disorder also fit the criteria for depression, too.

SAD is well-known as the winter blues, as mentioned before. Many people refer to it as a “Jack Frost funk” or simply “winter depression.”

When depression takes hold, it can often serve as a gateway for other mental health conditions such as SAD or eating disorders.

During the winter months, you don’t get to see the sunshine nearly as much as during the summer months. This has a sort of domino effect in your body, creating an imbalance.

Consequently, this alters the chemicals in your body and causes you to feel differently, both emotionally and physically.

One chemical influenced by the lack of sunlight is melatonin, which is responsible for regulating your mood, circadian rhythm, and appetite.

With your body essentially “thrown off” its own rhythm, you may feel off-kilter in numerous ways. It’s no surprise that your emotions are also negatively impacted when your body feels out of whack. Thus, creating simultaneous issues such as SAD and eating disorders.

It May Be in Your Blood

Some people seem to be affected more by SAD. For others, light therapy seems to ward off SAD long enough for spring to arrive. And others still follow a unique seasonal pattern when it comes to their moods.

Still, it’s interesting that many eating disorders follow a similar seasonal mood pattern as SAD. So close is the pattern that the two conditions mirror each other’s symptoms.

Although it needs further exploration, there is a theory that these conditions impact some families more than others. In the same way that a genetic trait is carried down, many believe that eating disorders and SAD run in families, too.

If you are ready to address how SAD or an eating disorder (or both) may be impacting your life, I would like to help. Please contact me via phone or email so we can discuss how we might work together to achieve your therapeutic goals as quickly and effectively as possible.

I look forward to hearing from you. 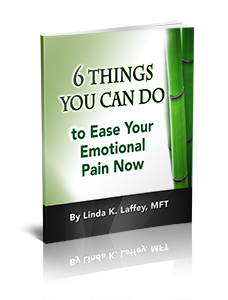 To receive a copy of the report,
please fill out the form.
We will never share your information with anyone.

Thank you. Please check your inbox for the confirmation email!

We Will Send A Confirmation Email To Your Inbox

We use cookies to ensure that we give you the best experience on our website. If you continue to use this site we will assume that you are happy with it.OkPrivacy policy